Ten blooms for Saturday in August.

Looking round the garden this morning, there are still plenty of flowers everywhere, but nothing that says Wow! I have been making plans for a late summer border for a long time, but so far nothing has been done about it, I think the time has come so that I have something special to look at at this time of year. In the meantime I’ll show you what is flowering at the moment.

I’ve been told that Eupatorium purpureum atropurpureum has changed it’s name, but I’ve forgotten it already! This is much smaller than it normally is, usually over 6ft tall, but only about 5 ft this year, probably due to our drought earlier. 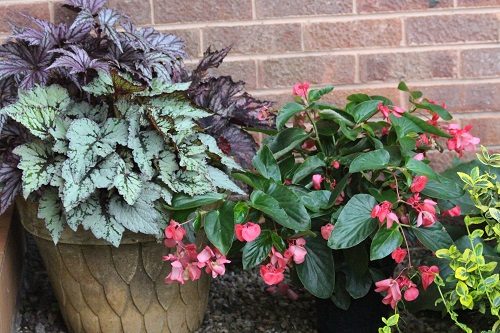 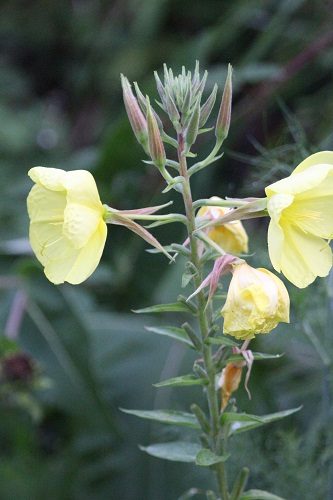 I like Evening Primrose seeding around the garden, later the goldfinches love the seedheads. 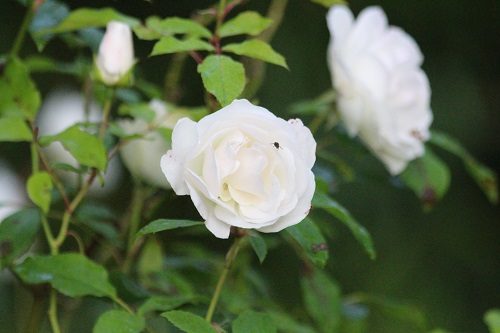 Rosa Iceberg is the best it has ever been, I don’t know why. 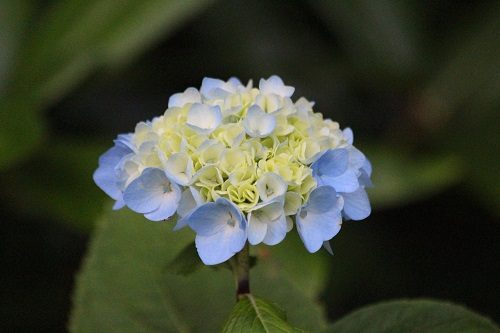 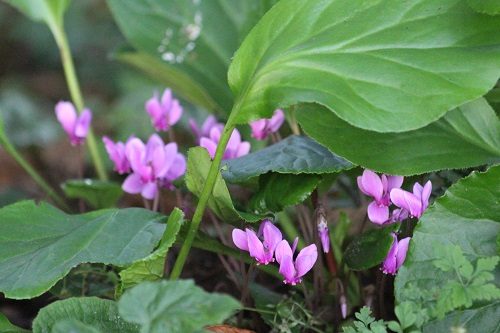 Cyclamen hederifolium are popping up everywhere in the woodland and other shady borders. I now realise how busy all my little ants are spreading the seed.

This one has its all silver leaves already, they go so well together. 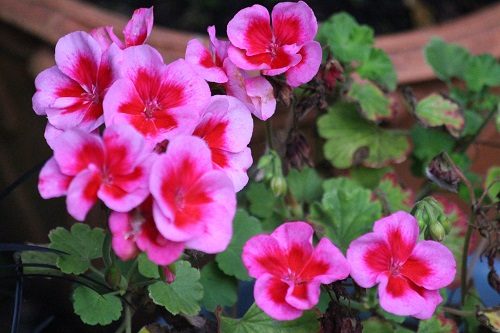 Pelagoniums in the gravel area at the back have done well all summer. 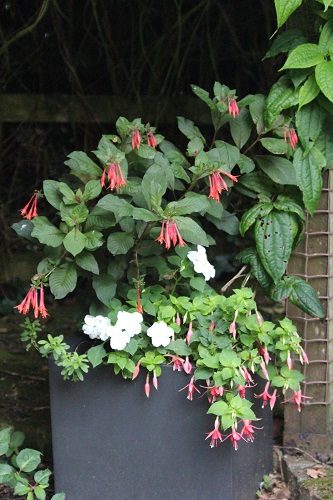 Tender fuchsias by the shady arbour have also done well and hopefully I can keep them going over the winter with my cuttings. 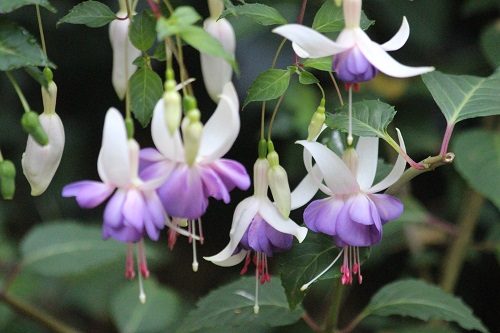 Hardy fuchsias are still full of flowers, they really are one of the stars of the summer. 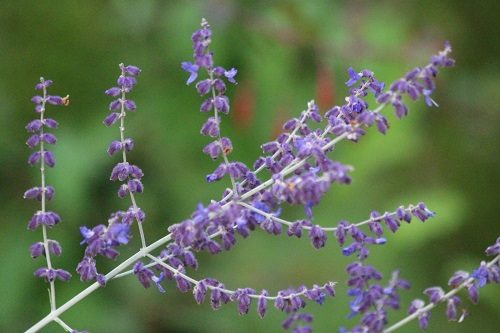 Perovskia is one of the plants that I can move to my late summer border when it is eventually done. 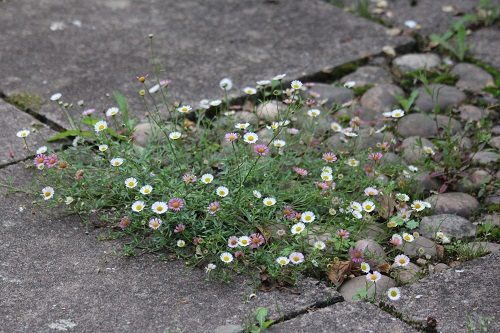 Erigeron karvinskianus is spreading all over the patio by the back door, some seedlings have to be removed otherwise I would be tripping over, but most are allowed to stay. 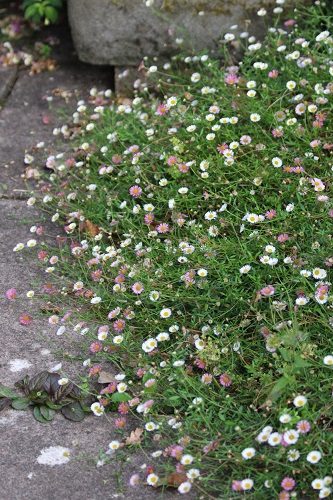 I think I might have to reduce the size of this clump, soon I won’t have room for the chairs by the table!

I must show you the wonderful sunrise that greeted me when I drew the curtains back at 6 am this morning, it was so beautiful!

It was worth getting up early!

Now that I have told you about my plans for a late summer border, I will have to get on with it over the autumn and winter, hopefully it won’t be too much hard work. Once it is up and running though, I should be spoilt for choice in choosing my 10 blooms for this time of year, maybe I will get them all from the one border instead of having to go looking for them!

Thanks go to Chloris at The Blooming Garden for hosting this meme, do pay her a visit to see what is flowering in her lovely garden and in lots of others.

This entry was posted in News and tagged August flowers, late summer flowers. Bookmark the permalink.

6 Responses to Ten blooms for Saturday in August.