While looking round for interesting foliage this month, it seemed as though the garden was static, at least in the foliage department, as it seemed very similar to last month. Even though we’ve had some sunny days, we have also had a lot of frost most nights, which might have had an influence on whether new leaves open up or not. 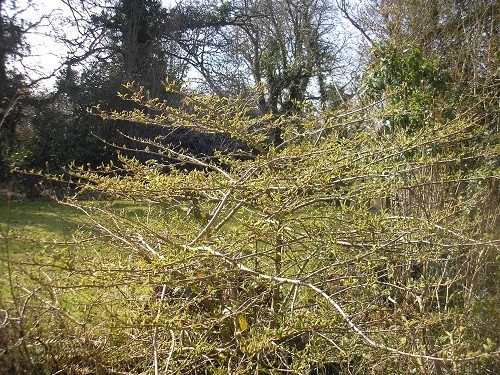 Lots of new buds on the viburnum, leaves as well as flowers, soon we will have the horizontal branches adorned and it will look beautiful. 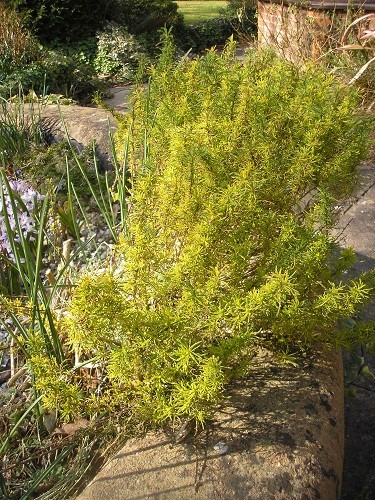 Santolina Lemon Fizz was given a severe haircut a while ago, but seems ok. The foliage will brighten up when we have more sunshine!

Actinidia kolomikta, the new shoots are showing a hint of the colour they will become. 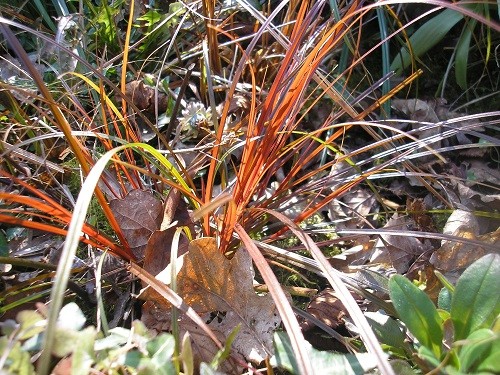 This grass is everywhere and becoming a nuisance, I pull most of the seedlings out,  but when I see the sun shining through the leaves, it is forgiven! 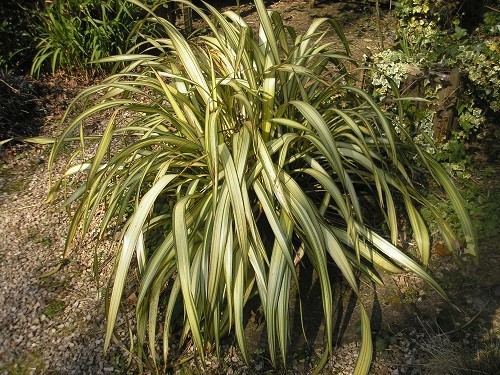 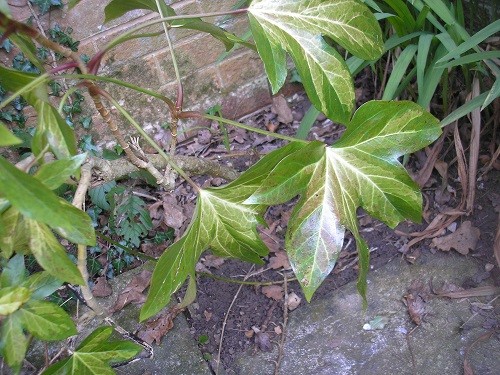 Fatshedera, a hybrid between a Fatsia and an Ivy, the leaves are quite large but not as large as a Fatsia. 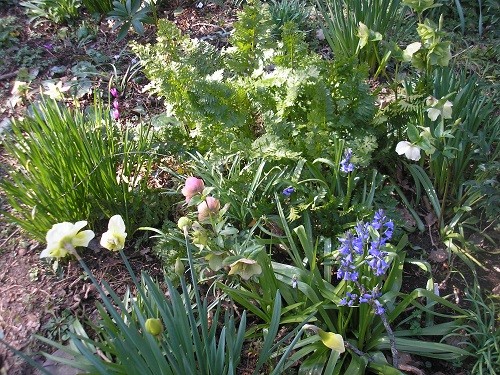 This was supposed to be a photo of the fern at the back, but it doesn’t show up very well. This fern is evergreen and looks lovely through the winter. 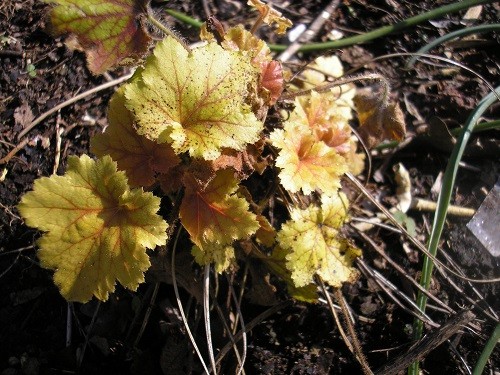 Heucheras are now putting out their new leaves, I think this is H. Marmalade. 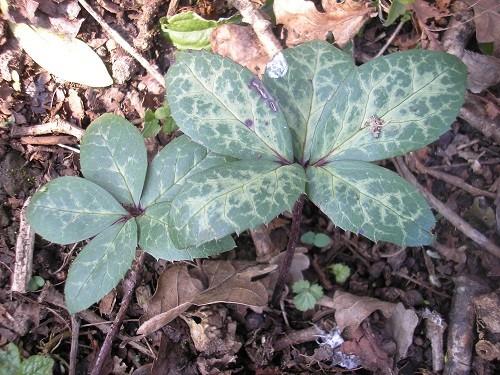 I thought I had lost Hellebore Moonbeam, but it has come back thank goodness, maybe a handful of fertiliser is needed. 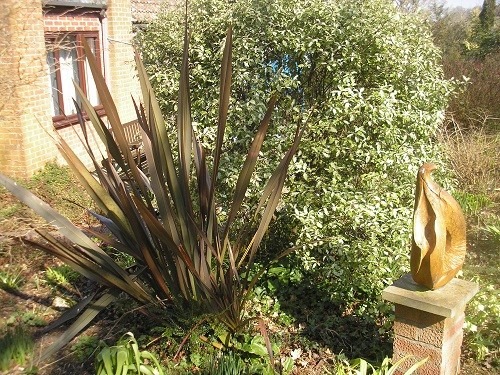 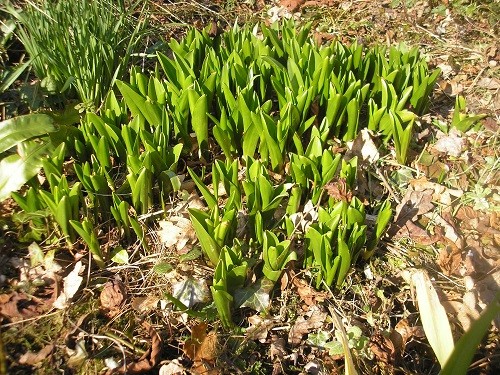 Colchicum foliage reminding me that I will have lots of flowers here in the autumn. 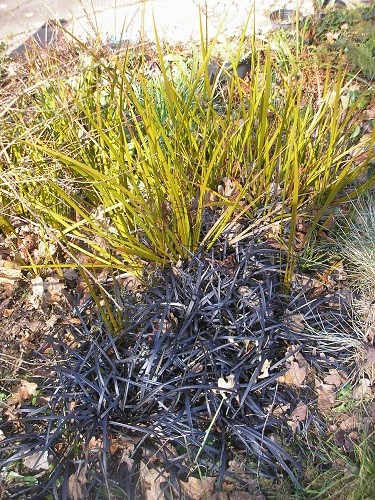 Libertia peregrinans and Ophiopogon planiscapus nigrescens go well together and are with me all year round. 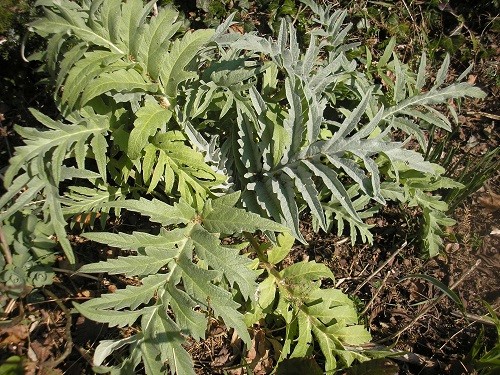 The cardoon is now a permanent fixture, I hope, love the new leaves as they unfold. 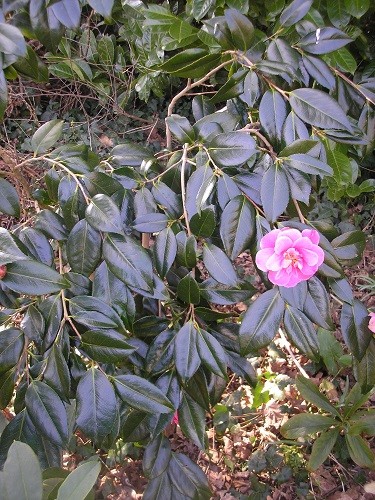 The foliage on this camellia is so very dark, almost a blue/black and sets off the flowers beautifully.

Looking through the photos that I took, I see that they are mainly evergreens, which I enjoy all year round. I’m sure that by next months GBFD we will have lots of new shoots and the garden will look very different, at the moment, I feel it is in suspended animation! 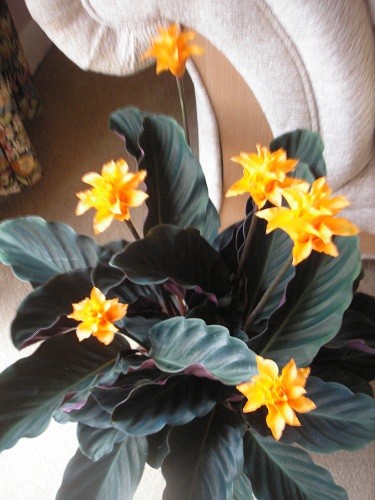 I thought you might like to see a new plant which I bought for the conservatory the other day. I thought the leaves are so beautiful, so it deserves to be shown on Foliage Day.

The leaves are so dark, a hint of green in the purple/black which contrast so beautifully with the flowers.

Many thanks go to Christina of My Hesperides Garden for hosting this monthly meme, do pop over to her to see other foliage from round the world.