The other day while working in the garden, I found this very yellow spider moving around the leaves of Iris pseudacorus Variegata. It was so very well camouflaged that I only knew it was there because it moved. 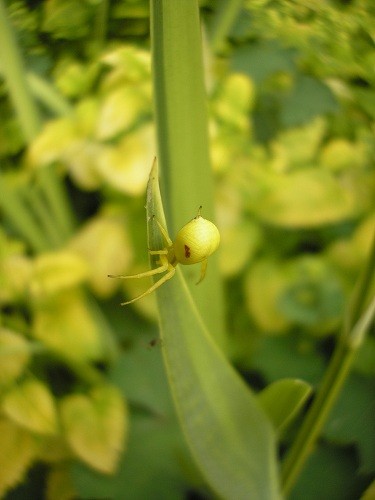 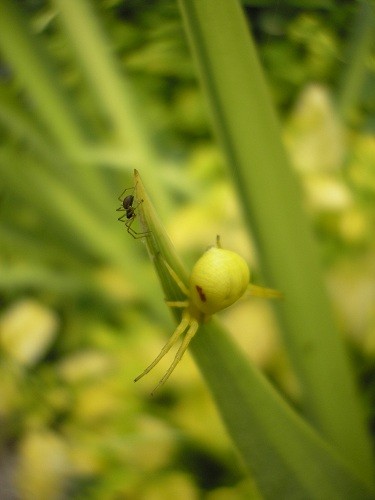 When passing it later it was stalking this ant and later still the ant was missing – had it become a tasty meal? 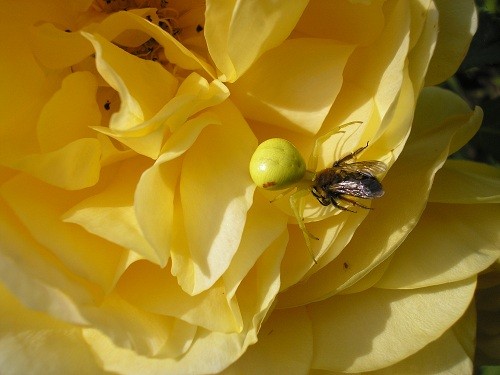 Another day, passing the rose “Graham Thomas” once again there was a bit of movement and there was the same spider once more. Was it the same one or did it have a friend? 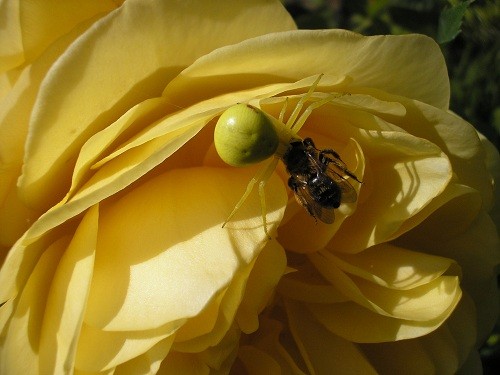 This time however it had claimed a bee which is rather sad. The area where this spider has been seen is all very yellow with the yellow iris, golden lemon balm, creeping jenny and the rose. I can’t help but wonder – has the spider changed its colour so that it blends with its background – I’ve never seen one this colour in the rest of the garden, maybe someone can tell me.

This entry was posted in News and tagged Spider. Bookmark the permalink.