The Larder is Full.

Looking round the garden recently made me realise that at the moment we have plenty of food for the birds and small mammals to enjoy, in the form of berries. As long as they don’t eat them all at once, they should last for some time. 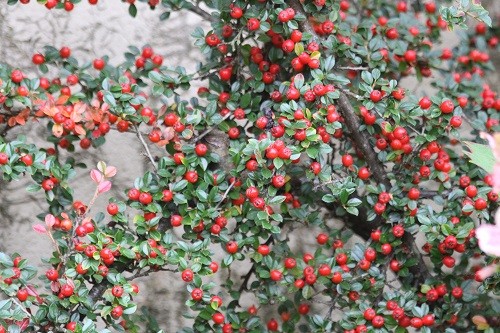 We start with the Cotoneaster up the front wall of the kitchen. 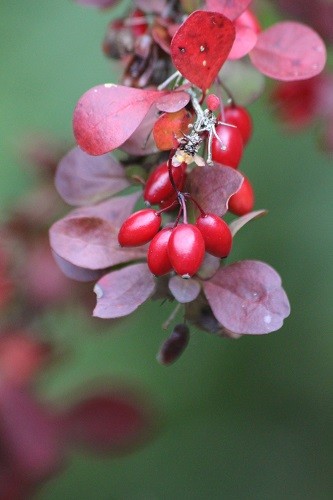 On the front drive is a purple Berberis, covered in berries at the moment. 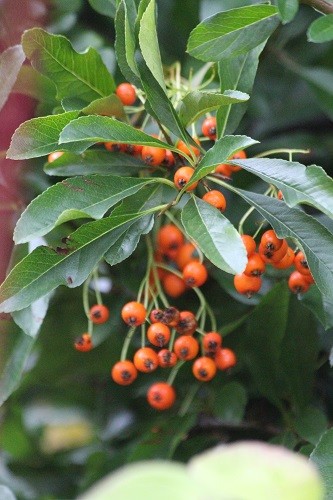 Still bt the drive is a Pyracantha with orange berries. 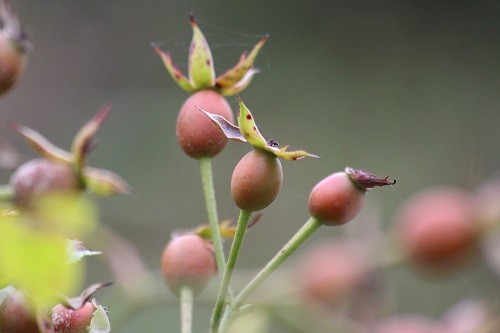 In the rose garden between the kitchen and the garage Rosa Bonica is making masses of rose hips. 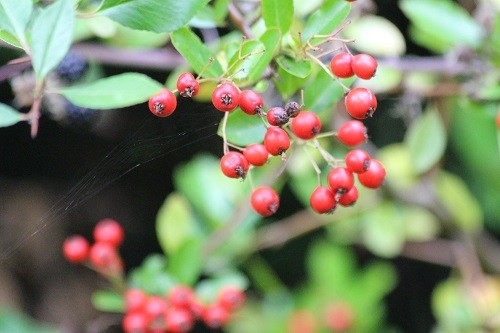 The mixed hedge by the farmer’s field is full of lovely juicy berries for the wildlife. This is a Pyracantha with red berries.

Growing through the above pyracantha is a blackberry, seed dropped by the birds. This one will be allowed to stay, most get pulled out, but it is nice to eat your enemies in a nice apple and blackberry crumble! 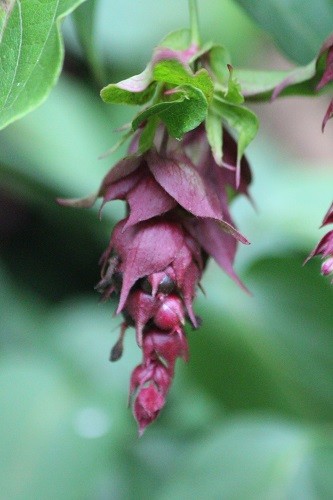 Also mixed with the blackberry is the shrub Leycestaria formosa whose white flowers turn into purple berries which the birds love. 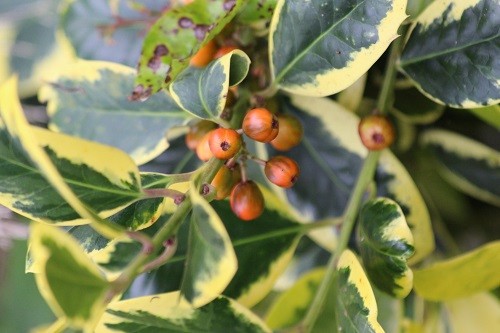 Ilex Golden King is at the base of the dead oak in the middle of the garden. 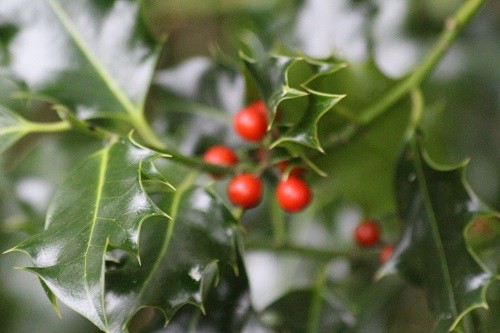 A bush of the ordinary wild holly is in the back border by the woodland. 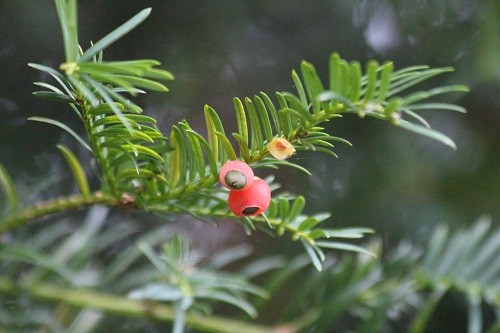 In the corner of the back garden is a large yew, the birds spread the seed around the garden and soon I will have enough seedlings to plant a hedge, all for free!

Rosa glauca in the back garden, is covered is lovely rose hips. 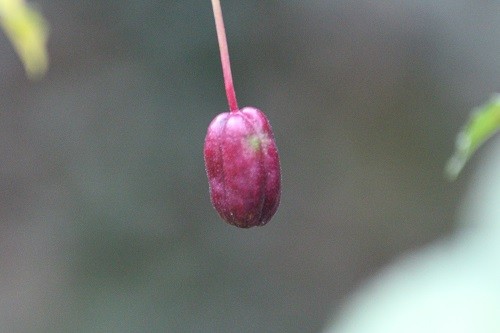 Fuchsia Delta Sarah forms large berries, but I don’t know who is eating them, they vanish though nearly as soon as they are formed!

A dwarf purple Berberis has masses of tiny little berries, this is just outside the conservatory. 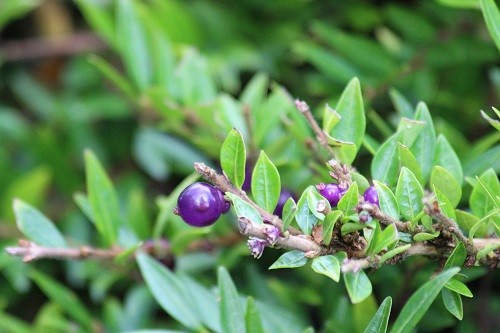 The small Lonicera nitida
hedge under the kitchen window has the most beautiful purple berries. These are hard to find to photograph but the blackbirds find them without any difficulty! 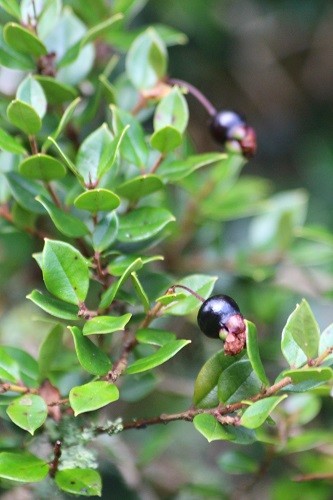 Myrtus communis has black berries the same time as its lovely white flowers, I’m not sure who eats them, but they vanish quite quickly!

When I was planting all these shrubs, I was thinking of providing the birds with food over the colder months, but since we discovered that we had dormice in the garden, I’m hoping that all these berries are being used now to fatten the dormice so that they can safely hibernate over the winter.

Is your winter larder bursting at the seams, waiting for all the birds and animals to arrive?

This entry was posted in News and tagged autumn berries, berries for little mammals, berries for the birds, Berries for winter. Bookmark the permalink.

32 Responses to The Larder is Full.