Where has June gone to, it is rushing by faster than ever before, I just can’t keep up with everything! There is so much flowering at the moment, it is difficult to choose what to show you, roses have already had a post all to themselves and I am trying to avoid any blooms that were shown in my last post on the 15th, so here is my offering for June 23rd hosted by Chloris. 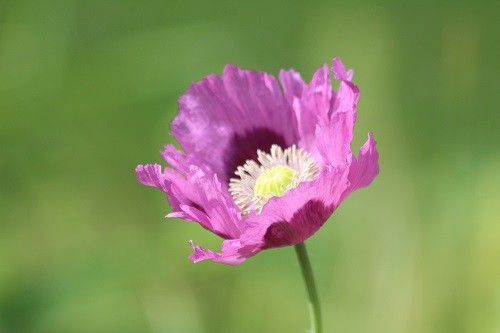 I have poppies sprouting everywhere on the rockery where shrubs have been cleared away, dug over and compost added. Just ordinary purple ones, but never mind, they look lovely and I am really enjoying them.

Astibles have started flowering, this is also on the rockery, I lost a lot of them in the bog garden due to the flooding in February, so I think I can move these to drier areas in the bog when they have finished flowering.

Geranium lancastrience has gone mad and is spreading everywhere.I will have to pot these up and move them to a place where they can spread at will, they remind me of home in the north west.

Santolina Lemon Fizz is lovely but getting too big for the alpine scree, I think I will have to take cuttings and start again. 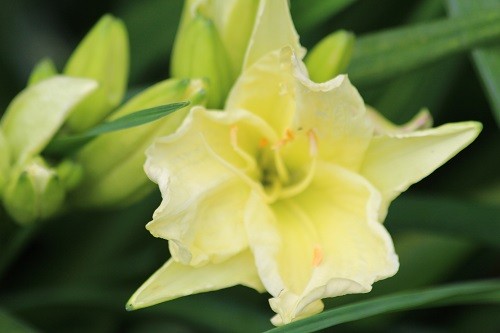 My first daylily, is flowering, this one is hemerocallis Gentle Shepherd, soon all the others will be flowering, I can see hundreds of buds nearly ready to open. 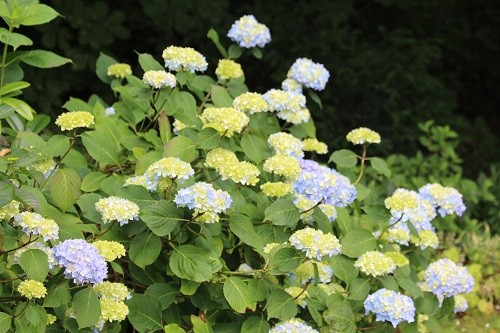 It’s also hydrangea time, these lovely flowers will provide colour all through the summer.

This one is such a lovely pale blue, you wouldn’t think it started out as pink when my mother had it in a pot, I think it appreciated being released into my garden! 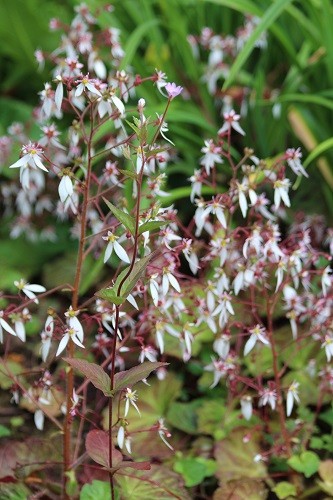 Saxifrage stoloniferra is spreading in shady places in the garden and looking very pretty at the moment. 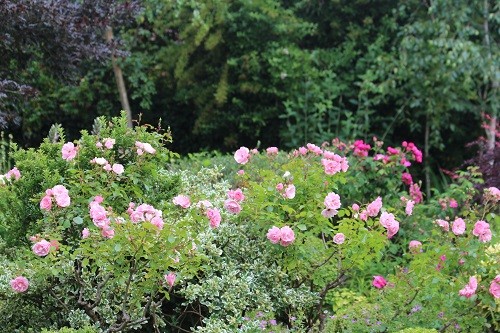 Rosa Bonica wasn’t flowering when I did my Rose post, so I have included it now. It is always covered with lovely small flowers.

Rosa Bonica flowers non stop until the frosts and sometimes beyond. Only a slight perfume unfortunately but she makes up for it with all her flowers.

This geranium has such pretty flowers, I think this is a variety called Summer Skies.

My white hydrangea under the kitchen window will keep me entranced all summer while washing the dishes, the bluetits obviously find food on this plant as they are always hopping round it. 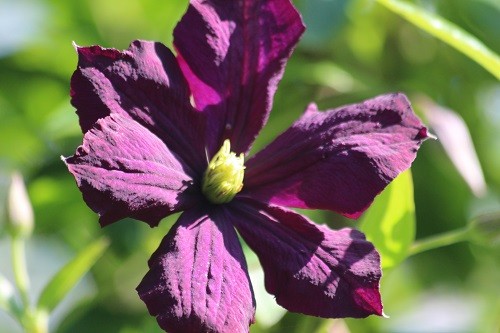 Clematis Etoille Violet is flowering on an obelisk by the dead oak. It was supposed to have a rose for company but that seems to have died, it now has a honeysuckle that has popped up from nowhere, probably a seed dropped by the birds, I’ll have to make sure it doesn’t get strangled!

Those are my 10 or so blooms for June 23rd kindly hosted by Chloris at The Blooming Garden please pay her a visit to see other plants blooming at the moment.